Today I drove to church to practice the bass guitar. I arrived, plugged into the amp, and heard . . . silence.

I swapped cables, since they are often the first to go. Unfortunately that didn’t fix the problem. The guitarist plugged into the amp and filled the sanctuary with sound.

That meant the problem was with the guitar. I wiggled the cable in the jack and heard that telltale popping and cracking. Whet I tried to tighten the jack on the plate I saw it was rotating freely. Unsurprisingly, free rotation is not a friend of wired connections.

I took the bass home and removed the plate. I opened it up and saw this: 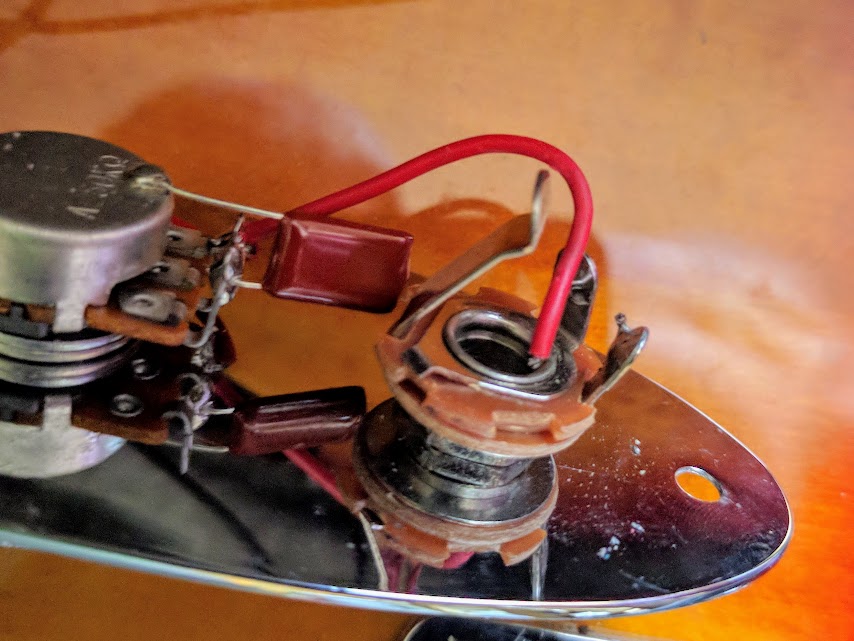 You may notice that the red wire is hanging in air. It is supposed to be connected to that terminal on the right (the one sporting a broken bit of wire). So I fired up the soldering iron and reconnected the wire.

Then, since I don’t have an instrument amp at home to test it, I had to make a connector cable. 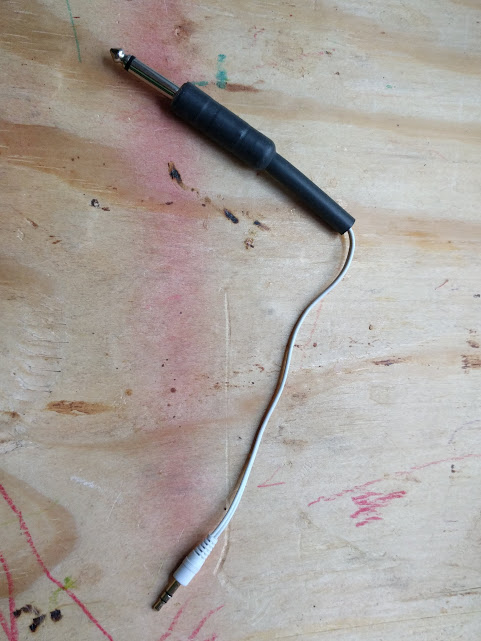 The white cable comes from roadkill headphones. The 1/4 jack comes from a broken instrument cable from church. I converted the headphones from stereo to mono by wiring the left and right channels together, then connected them to the 1/4 jack. 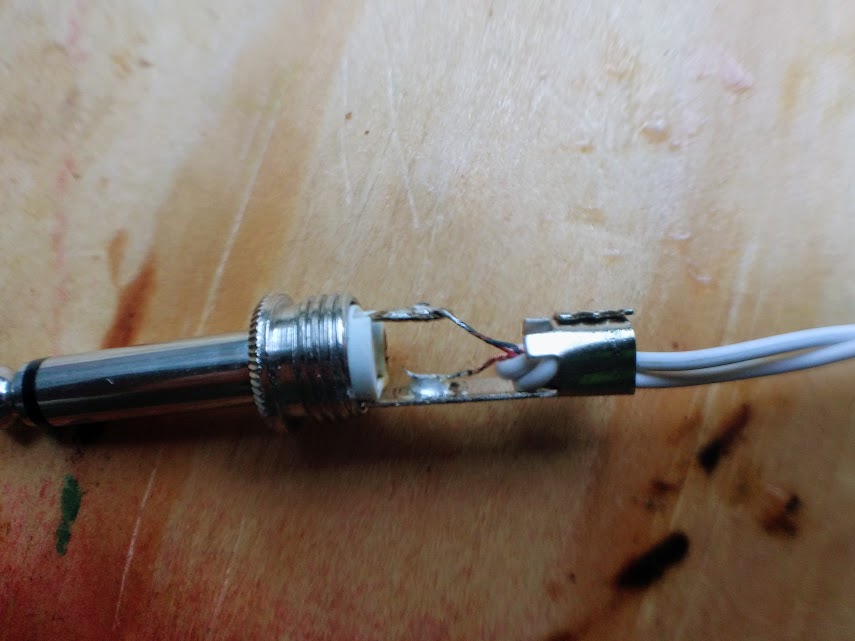 After turning the volume on the bass way down I plugged it in and was rewarded by the sweet clear sounds of a jazz bass.

Since I was in the neighborhood, I replaced the strings and adjusted the intonation at the bridge. Now it sounds that much sweeter–all the way up the neck.

So if you, too encounter a guitar that has lost its voice, investigate the connection to the jack. A few minutes with a soldering iron brought this one back to life.

I’m considering this practice to build my first bass guitar. I recently ordered a litter of random parts and am patiently waiting for them all to get off the boat from China.

Now when they arrive I will at least know how to wire up the jack.